The 55th National Exhibition of Art was on at the Lalit Kala Akademi, showcasing award winning entries in visual arts for the year. There were a few films being screened too on works of eminent artists. I was able to see one: a documentary film called "Ram Kumar: Nostalgic Longing" produced by the Akademi, and directed by Laurent Bregeat, which was rather nice, showing the artist at work, and capturing his conversation as he worked.

Sharing an image of a sculpture from the exhibition: 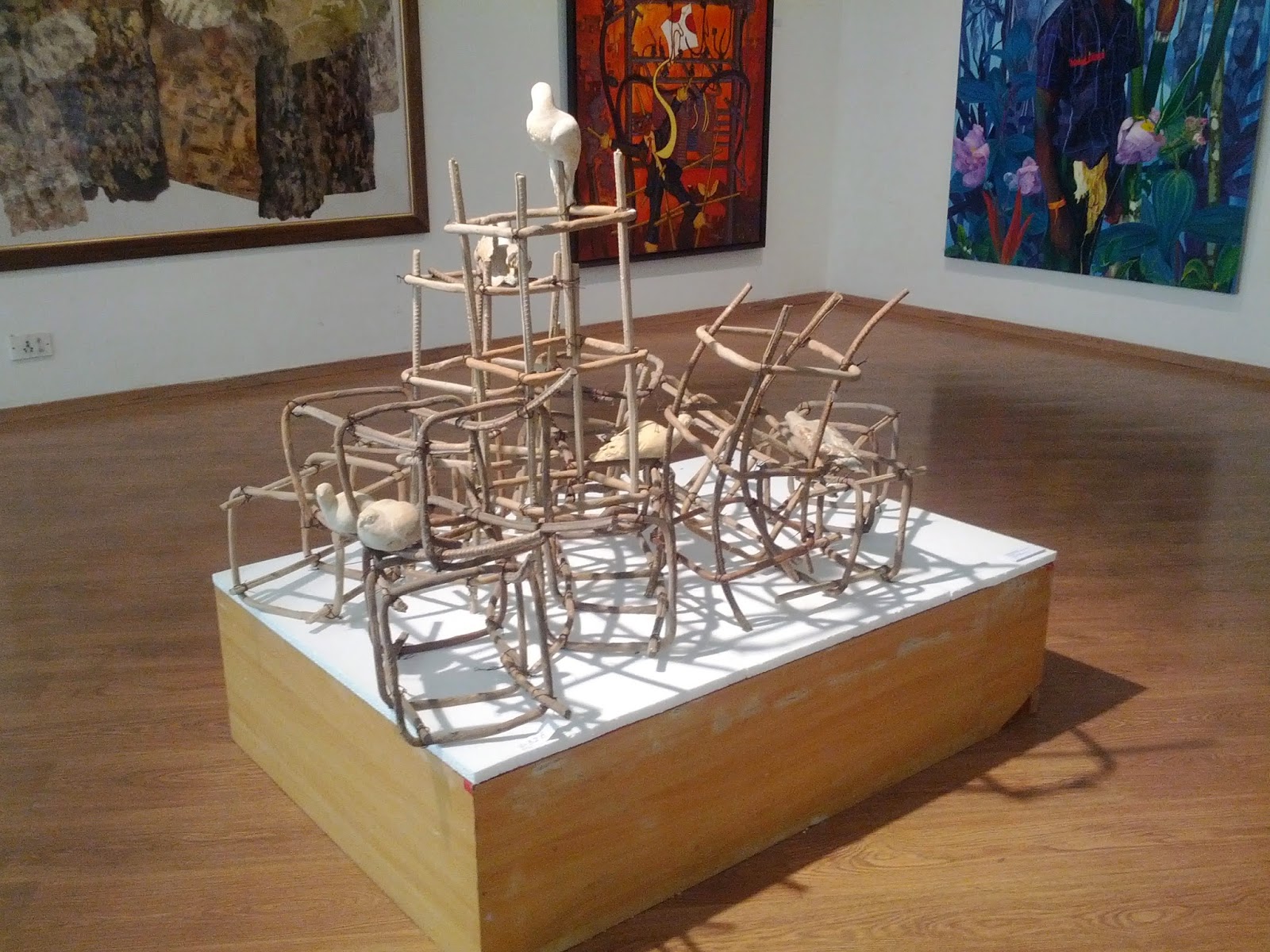 "The Artist's Room in Arles" was painted by Vincent Van Gogh in 1889. It has obviously inspired many artists to show their rooms, because here is one from the exhibition: 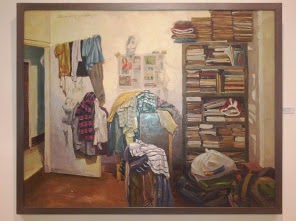 Posted by Mita Brahma at 7:52 AM No comments: